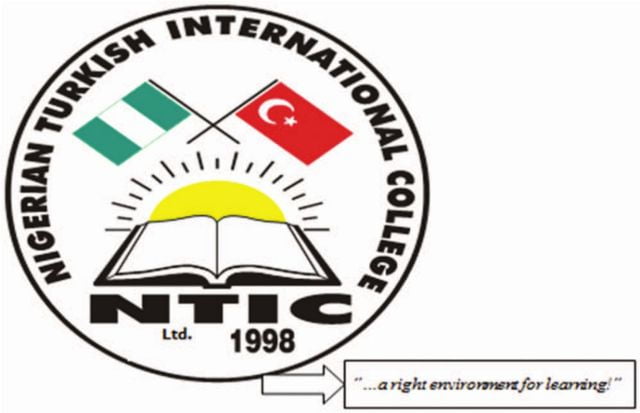 It was again another colourful event when the Nigerian Turkish International Colleges organised their fifth annual language festival to remind the nation and world of importance of various cultural dialects and values.

This year’s theme was tagged, ‘Converging Hearts’ held at the National Universities Commission (NUC) on Saturday, March 15 and was attended by over a thousand people comprising Nigerians and Turks.

The festival started on Wednesday, March 12; till Friday, 14th March, 2014 while the award ceremony and grand finale was held on Saturday, 15th March, 2014 at National Universities Commission Conference Hall, Abuja.

This year’s event had a rare combination of Nigerian and Turkish entertainment. The event was marked with memorable songs by various students, heart-touching poems, colourful folk-dancing performances of different cultures in different languages.

With the belief that the importance of communication and language exceeds colour and nationality, pupils from all NTIC schools around the nation converged on Abuja for the three-day language festival.

The excitement was palpable as the hall was decorated with colourful lights and musical instruments comprising of the African drums, guitars and many other African musical instruments. It was an afternoon of classical entertainment and enjoyment.

Declaring the event open, Deputy Ambassador of Turkey to Nigeria commended the efforts of the Nigerian Turkish School authorities for trying to blend the Nigerian and Turkish cultures together and building a lasting bridge of peace, tolerance, hope and progress. “This is something we need more in the world, and I am glad that we are setting the pace in Nigeria, the giant of Africa.”

He stated that this would also go a long way in fostering Nigerian/ Turkish relations and hoped that the event would helps in bringing each and everyone together irrespective of religious, cultural and regional differences.”

Minister of Power, Prof. Chinedu Osita Nebo, who was also at the event, commended the efforts the Turks have been making in Nigeria. “We are very thankful that the hearts of Turks and Nigerians are being welded together in unity. I pray that this unity will continue and that the two countries will grow closer, and closer”. The Secretary of Education for the FCT, Mallam Kabir Usman, also uplifted the crowd with his presence and speech. He said, “Let me commend the Nigerian Turkish college for their efforts and I want to assure them that our doors are always open to all such positive ideas”.

Parents and guests were not left out of the excitement of the festival as it “swept” through as the hall. The most memorable part of the event was when some Turkish female students took to the stage sang and at the same time, danced to native Nigerian songs while Nigerian students also sang and presented poems in Turkish and Arabic. Notable among these students was a Turkish student from the NTIC School in Kano who mesmerised the crowd for about five minutes with her delightful song which she sang in Hausa.

The ‘Atilogu’ dance troupe from the NTIC never failed to entertain the guests who were thrilled to have them on stage. They entertained the audience with their poise and choreography. They danced their hearts out to the applause of the audience. The group was given a standing ovation when a member of the dance group dragged on stage a Chinese lady to dance with him. She made a remarkable effort to twist and bend like the Atilogu dancers and keep up with the beat of the drums.

Guests and parents at the event expressed delight at the opportunity the festival had offered them.

The event was wrapped up with awards for the winners and a group song by all participants. The festival played host to many dignitaries and royalties. It was yet another successful festival for NTIC.