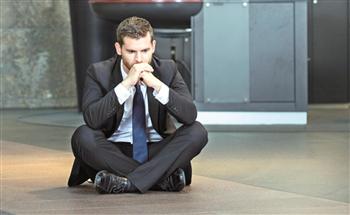 ‘In the past, it was very important in the business community to have a meeting with Fethullah Gülen. Yet today, different meanings are being attributed to these meetings,’ a businessman says

The other day, a friend of mine told me this anecdote about his meeting with a famous constructor.

“We took our seats. I put my mobile on the table. He gave me my mobile and said ‘Take this and sit on it.’ I did not understand. ‘What am I going to sit on?’  I asked. ‘Sit on the telephone. This is how I do it. That way they cannot listen,’ he said. He sat on his own telephone. I just put it in my pocket, without him seeing. He was relieved and only then could we continue to speak.” As you might understand, we are now passing through a period of time when people sit on their phones.

On another day, our columnist from Ankara calls. At the end of the day, we just exchange views about the day’s agenda. I just look at the sentences we use. You would think we are about to launch a missile with a nuclear warhead from a Russian submarine. The business world is extremely anxious. On one side, there is the government, on the other the Fethullah Gülen movement, or cemaat.

There are rumors about voice recordings of businessmen, trade secrets are flying through the air.
We are together with the CEO of a big holding. While he is not named directly, he is one of the businessmen implicitly referred to in the voice recordings. “Our job is very difficult,” he said. “I just cannot express to you the sadness I feel from hearing all those things about myself from someone I did business with, thought to be a friend of mine for years. Just as we were busy with all our work, some people are playing games behind our back. Actually, it would be a lie if I were to say I was not happy to learn all about it. But then I could not keep from thinking. Which one of us is not ever gossiping? What will happen if I were to hear my instructions about my company from a voice recording? On the one hand, we learned about secret deals, negotiations, but on the other hand we live under the anxiety of being listened to. Our work is really difficult. We cannot face each other anymore.”

Club of the concerns

One can observe a change in the trend in the business world after this ongoing process where recordings are leaked to the public. Phone conversations are extremely restricted. Conversations are usually limited to “How are you… I am fine, what’s up,” and ends with “let’s talk face to face.”

Dec. 17 brought with it huge costs to the business world. Business circles are on the constant move because of the need to have a face-to-face talk and the numbers of lunches have exploded.

The claim is that there are thousands of names that have been tapped. The businesspeople that have had a conversation with the said people are especially concerned. Obviously, the two sides are waging a war from voice recordings. So those business people known to be close to both sides are especially nervous. The reason is that some of the conversations held in the past (for instance with Gülen), which might not carry any significance at that time, can be interpreted differently today.

A businessman summarized it like this: “In the past, it was very important in the business community to have a meeting with Fethullah Gülen. Those going to the United States would try to get an appointment; yet today, different meanings are being attributed to these meetings. Those who in the past made sure to have these meetings publicly are now praying they do not come to the surface.”
Some of the solutions found by the business community are: Face-to-face meetings, whatsapp, talking with public phones, facsimile.

Abdulhamit Bilici, March 18, 2012 (originally published on September 2, 2010) A few weeks ago, an American researcher by the name of Reva Bhalla came to visit us upon a reference from a good friend of ours. He told us that he was researching political inclinations in Turkey on behalf of the Stratfor intelligence firm. […]