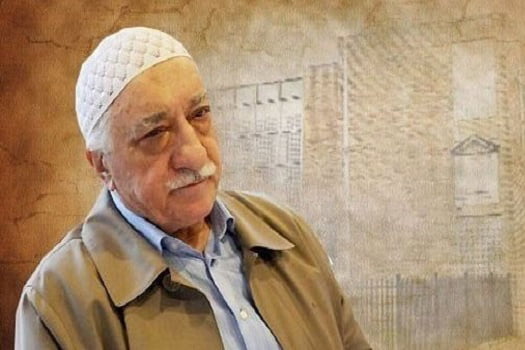 We often talk about revivalism in education system so as to change the direction of our young generation, who seems to have forgotten the very fundamentals. Undoubtedly, our leaders have played a vital role and contributed a lot to it, but we can’t live up to that forever; we need some continuous changes as we witness changes in every aspect of our life in every few span of hours. Those who want to contribute to society or want some reforms have to get concerned with the education system.

Education is something that is appreciated by Allah the Exalted, as His word, the holy Qur’ān starts with the word “Iqra” that means read, and further suggests to every human being to seek knowledge: “And say: My Lord! Increase me in knowledge” (Qur’ān  20:114). When Adam was created, Allah said to the angels to prostrate before him. Everyone of them except Iblis carried out the Divine command. The reason Iblis refused to prostrate was because he said Adam was made of clay and he of fire. However, the rest of the angels looked at it in a different way. They looked at the inside of Adam because Allah had given knowledge to Adam.

While talking about knowledge, we cannot forget Fethullah Gulen, a name that seems to be new for us, but not so in Turkey and rest of the world because of his path-breaking work in the system of education. He is very much known as an educationist and known to his admirers as hodjaefendi, or respected teacher. He has been a prominent public figure since the late 1960s. Mr. Gulen made his debut in public life as Imam in a Masjid in Izmir, Turkey, but he was not confined to Imamat only rather he showed interest in preaching what he had learned from his Ustad Said Nursi (1877-1960), though he never had an opportunity to attend the class of Nursi yet declared him his ustad just after getting influenced by his works. He continued this job till 1992.

Since early 1990s he started getting a large number of people in his class. According to some estimates four to five thousand people consisting of all types of individuals like students, small and big businessmen, etc. used to gather around him. His sermons focused not only on religious texts but included a broad array of topics such as religion and science, social justice, human rights, moral values and the importance of education. Moreover, his efforts to change the society got to be known as “Gulen Movement” and the entire Movement was based on three principles sohbet andhizmet (conversation and service), istisare and mutevelli (collective decision making and board of trustees), andhimmet and verme tutkusu (personal commitment and passion for giving).

According to some, it is not only a religious movement but a social movement too as it involves large numbers of people gathered together to bring in a change in the society, and to educate people and make the society a better place to live in. One thing that makes this movement very unique is the notion of hospitality – the Turkish are in fact very hospitable – and taking care of others and doing good to the society. People there give to the society not only money but time and energy as well because they take this as their religious duty. I came across many Islamic organisations and spoke to the activists but hardly noticed the president or Ameer talking about Tahajjud prayers while addressing youth. That in fact is the reason of its flourishing successfully.

The notion of Sohbet, viz. people gathering together once or twice a week to discuss ideas, to know one another and learn what kinds of projects they need; and the notion of educating students not only in religious studies but in science and technology as well are other reasons that have caught the attention of people.

With the aim of reforming education system, Mr. Gulen successfully started getting acceptance of his ideas on establishing schools where students could receive modern education without neglecting moral values. I started learning about Mr. Gulen not by reading books but by visiting Turkey in May 2011 to conduct a survey on Islamic banks. I visited banks and other institutions and met several people who were inspired and influenced by Mr. Gulen.

Gulen is not in favour of Madrasa system as in his view this system does not live up to the modern life and lacks in the methods and tools for preparing students to make contributions to the modern world because of its failure to integrate science and technology into their traditional curriculums. However, Gulen criticises modern secular schools for failing to convey spiritual and ethical values to students, even if they might be able to teach scientific knowledge and technical skills. To resolve this, Gulen has presented an education system that integrates scientific knowledge and ethical values.

Gulen invites Muslims to fulfil the pillars of Islam (daily prayers, fasting, charity, pilgrimage) by taking modern conditions into consideration. He initiated his vast civilization dialogue project by gathering people together who represented different intellectual and living styles in Turkey. Many of these people were associated with various intellectual and social groups, who had fought each other physically, in the true sense of the word, throughout 1960s and 1970s and who later clashed ideologically and socially in the 1980s. Gulen started to invite these people to various meetings in the 1990s and provided them with an opportunity to come together. At these meetings, many of these people met each other for the first time (The Gulen Movement, 2009).

One group opened the first university preparatory course in Izmir, by far the most secular city in western Turkey, in 1979. Hundreds of university preparatory courses have followed since then. And then two private secondary high schools in Izmir and Istanbul, followed by another one in Ankara (The Gulen Movement in Southeast Turkey, 2008). As I was informed by one of the followers of the movement Mr. Ahmed Favet, today there are more than 1,000 schools in 130 countries – from Kazakhstan to Cambodia, the US to Iraq – and are rapidly opening them across African countries, and think-tanks, TV and radio stations, universities,  two modern hospitals, the Zaman newspaper (now in both Turkish and English editions), a television channel (Samanyolu), a radio channel (Burc FM), CHA (a major Turkish news agency), Aksiyon (a leading weekly news magazine), national and international Gülen conferences, Ramadan interfaith dinners, interfaith dialogue trips to Turkey from countries around the globe and the many programmes sponsored by the Journalists and Writers Foundation.

In addition, the Isik insurance company and Bank Asya, an Islamic bank, are associated with the Gülen community (Edward Stourton, BBC, May 25, 2011). There are some ten Gulen-inspired schools in India.

Many teachers in Gulen-inspired schools in Turkey and abroad are pious Muslims who view their service in these schools as a way of serving God through serving their fellow humans as said by one of the well established teachers and followers of the movement Mr. Mahfuz – the director of Fountain, a well established coaching institute in Delhi.

[The writer is a research fellow at the Centre for West Asian Studies, Jamia Millia Islamia, New Delhi; [email protected]]