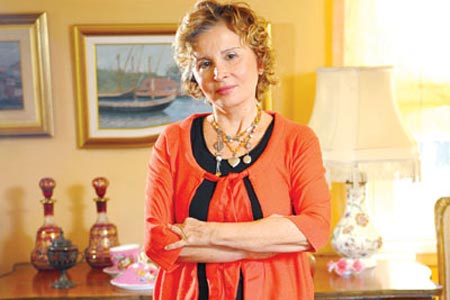 A recently published book authored by journalist Nazlı Ilıcak tries to shed light on allegations that point to the faith-based Gülen movement as the driving force behind some ongoing trials in Turkey that aim to cleanse the country of anti-democratic formations. Ilıcak’s book, “Her Taşın Altında ‘The Cemaat’ mi Var?” (Is the “The Movement” behind everything?), which was published by Doğan Books, has just hit bookshelves.

In the book, the journalist tries to shed light on secret attempts to cover up and manipulate the trials concerning Ergenekon, a shadowy crime network that has alleged links within the state and is suspected of plotting to topple the government, OdaTV, the Hrant Dink murder, the Action Plan Against Reactionaryism and the process leading up to the release of the April 27 military memorandum in 2007.

Through examples, she explains how all the probes and trials, which all contribute to Turkish democracy, were presented as if they were a conspiracy instigated by the Gülen movement through manipulative or misleading media reports.

The Gülen movement is a group of volunteers engaged in interfaith and intercultural dialogue inspired by the ideas of Fethullah Gülen, whose teachings promote mutual understanding and tolerance between cultures. Now residing in the US, Gülen has pioneered educational activities in a number of countries, along with efforts to promote intercultural and interfaith activities around the world. 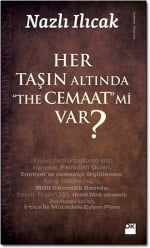 The book has two main chapters. The first chapter examines disinformation efforts and black propaganda against ongoing trials, while the second chapter covers allegations about Gülen and Gülen’s responses about the cases filed against him in addition to interviews with the Islamic scholar.

Ilıcak explains the efforts to associate Gülen with the ongoing probes by saying, “Fethullah Gülen’s name has become a shield in the hands of everyone involved in wrongdoing.”

The journalist recalls that at a time when the probe into Ergenekon gained momentum, suspects who were detained as part of this case accused pro-Gülen elements in the police of being behind the operations.

Journalist Ahmet Şık, who was among those arrested last year as part of a probe into Ergenekon, shouted “Whoever touches him [Gülen] is doomed” when he was taken into custody. Shortly after his arrest, his lawyer, Bülent Utku, made the following comment: “My client informed us that he was arrested because of a book he had recently drafted that he is planning to name ‘İmamın Ordusu’ [The Imam’s Army], depicting how Gülen’s movement is entrenched within the state.”

“Particularly during the period that started with the Feb. 28, 1997, unarmed military intervention, many books have been marketed that were used by certain parties as part of a psychological war against me. The allegations in these books were no different from the allegations raised in the courts where I was acquitted. These books were even part of the case dossier, and their contents were included in the indictments. The value of the allegations in these books is well known by the public. It is clear that it is impossible in this age of information to prevent any publication from reaching readers. It is also apparent that such attempts would only result in greater interest in the publication one sought to prohibit. Personally, I have made no appeal or complaint about the said book or its author.” These are the words of Turkish Islamic scholar Gülen. The book Gülen referred to is “İmamın Ordusu,” whose draft manuscript was prepared by journalist Şık, and included a compilation of past allegations that the Gülen movement has seized control of the Turkish state.

Ilıcak’s book also reveals the negligence of state officials in the murder case of Hrant Dink, a Turkish-Armenian who was killed in 2007 by an ultranationalist youth. A document in the book reveals that the Trabzon Police Department sent a notice to the İstanbul Police Department on Feb. 17, 2006, warning them about an assassination plot against Dink. The document has three signatures on it confirming that it was received on Feb. 18, 2006. There is also a note on the document saying, “Let’s take the suspect into protective custody; this is urgent.” Despite this note no action was taken to prevent the murder, and a fake report was prepared after the Dink assassination.

Last week, the İstanbul 14th High Criminal Court issued its ruling in the 25th hearing of the Dink murder case. Yasin Hayal and Erhan Tuncel, the main suspects, who were accused of being the instigators, and all other suspects, were cleared of charges of membership in a terrorist organization. The prosecutor and the Dink family lawyers have been accusing them of acting under orders from a clandestine criminal network suspected of having ties with senior state officials and military and police officers. Even though five years have passed since his assassination, the Dink family lawyers and civil society have long remained concerned that evidence relating to the real perpetrators of the crime is still being covered up, and even if two courts’ rulings punished the hitman and one accomplice, the public’s sense of justice will not be satisfied.

Two suspects have been arrested in connection with an attempt to set fire to a Turkish cultural centre in the northern Austrian town of Wels, police said on Monday, at a time of heightened tension between Vienna and Ankara. The attack took place in early morning and the suspects, whom police declined to identify, were arrested immediately.