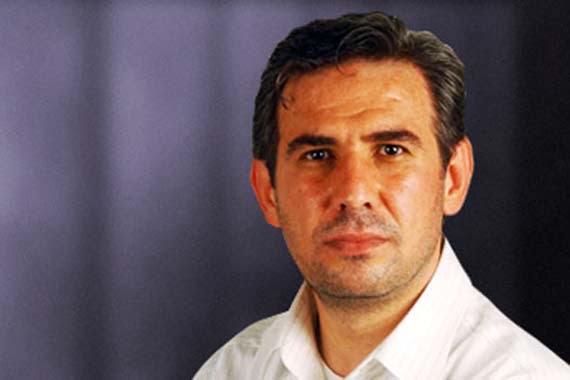 You know how the poet that says, “Bleeding a thin line, my chest/Watched in wonder, amazed!” This was the exact situation I found myself in.

It was a sorrowful moment, one that weighs you down, when the tears that have welled up in your eyes push themselves down your cheeks… It was as full of hope as it was baffling. And that was precisely our consolation, indeed it was.

“We are in a forest full of monsters” is the way Cemil Meriç chooses to describe it; “Ghosts cut our tracks at every corner!” he says. An elusive and darkened world adorned with imported concepts is drawing us further and further into it. It is a vacuum so powerful and worldly that those who strive to stay clear of it are ridiculed and condescended and are beckoned with cries of, “where are you, why don’t you just come on over”. The place to which we turn and beg is nothing but a pit of fire. It has, unfortunately, come to a point where we struggle in finding one part of it that has not been blemished with blood. As time progresses, pain is penetrated to its every corner. We wake up to a new suffering every morning.

On one Sunday evening at the Olympic Stadium, though, we were met with a completely different picture. The mangle of madness the country was currently in had loosened up a bit and it was as if an atmosphere that did not belong to this world had formed in that stadium. So much so that it seemed as though the premiere of a fifth season, in which the climate was dominated by compassion and smiles, was being held. Songs were sung, and hope rose overhead the stadium like a colorful rainbow.

Unfortunately, the days and hours that were only so many had passed and gone one by one. The audience exited the stadium one by one, their minds coming to leaf with new hopes for tomorrow. Just then, the clouds above Istanbul started to grumble, and a surprise rain started pouring down from the skies. As the lights of the giant stadium went off one by one, a completely different picture lined its sides and corridors. Overcome with the sorrow of parting tiny bodies embraced each other; they couldn’t hold down their big hearts anymore and their hopes embraced one another amidst their sobs and tears.

A child from Guinea hugged another from Liberia; a child with slanted eyes, maybe from Vietnam, maybe from Taipei held tightly to the dark hands of a child from Africa. A child from Mozambique held his friend from Venezuela in a tight embrace, and their identical tears had mixed into one another. They did not want to part; every one of them, without exception, wanted to hold on to each other and stay, just like that.

The unnamed heroes who kept even their tears secret and quiet were also there, standing in the shadows and silently watching this beautiful scene. The strong-willed and valiant hearted writers of history, the makers of broken-hearts… A short while ago, I had used these words to describe them: “Each one of them is nameless, each one’s motivation comes from within, each one of their excitement is equal to one another. Heroes who have wholeheartedly endured every kind of hustle and bustle, condescension, hardship and tire and merely said, “This is nothing yet,” in order to be able to construct such a great picture. They are the ones who deserve the true applause and praise. The ones who sat in the corner and shyly shed their tears of joy as the stadiums rolled with thunderous applause, they were the authors of this new season.”

The nameless heroes who have contributed so much! They had been left there behind the stage and spotlight, but that was how it suited them best. Who knows, maybe the angels were there applauding them.

Like the ‘cicada’s under the earth, never daunted by being shoved around, even looked down upon, most of them didn’t have the least of expectations, let alone any kind of award, praise or applause. They had been like the sun and had burned in spite of themselves, and now their tears provided a kind of tranquility to their hearts.”

They were the army of those with no expectations. Those who effervesced like rivers, throwing themselves to and fro, opening up their hearts like the earth does for a seed, and when the time come for praise, those who “take position in the back rows”. They had been like the wind, carrying their pollens from tree to tree. Those who knew very well what would truly suffice for them!

They brought us into a brand-new climate, one that the world of today has become foreign to, and showed it to us once more so that we may forget what we have memorized and forget the seasons and pictures we have been made to become familiar with!

When they came, they told us things, things about tomorrow… We know and we hope that the fifth season truly is going to come and we will see that our hopes have grown. And we leave them with a kiss on their sorrowful tears..