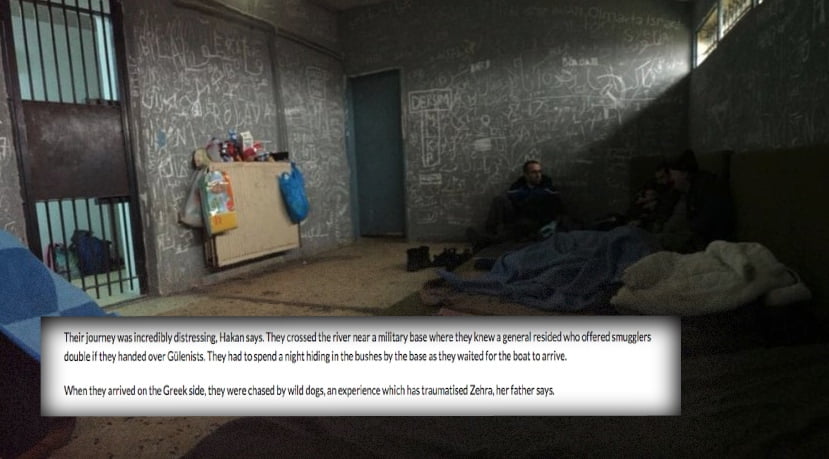 The teacher, identified as Hakan, told International Business Times UK (IBTimes UK) he is familiar with a Turkish military officer who offers money to round up Gulen sympathizers escaping Turkey to Greece.

“They crossed the river near a military base where they knew a general resided who offered smugglers double if they handed over Gülen sympathizers,” IBTimes UK said when narrating Hakan’s illegal departure from his home country.

IBTimes UK said in a recent article titled, “Erdogan’s war on education: The exodus of Turkey’s teachers” that its reporters “travelled to Greece to meet dozens of Gülen sympathizers, teachers and academics who were forced to flee after their government launched a war on education.”

Thousands of people have fled Turkey due to a massive witch-hunt launched by the Justice and Development Party (AK Party) government against sympathizers of the Gülen movement in the wake of a failed coup attempt on July 15. The government accuses the movement of masterminding the coup while the latter denies involvement.