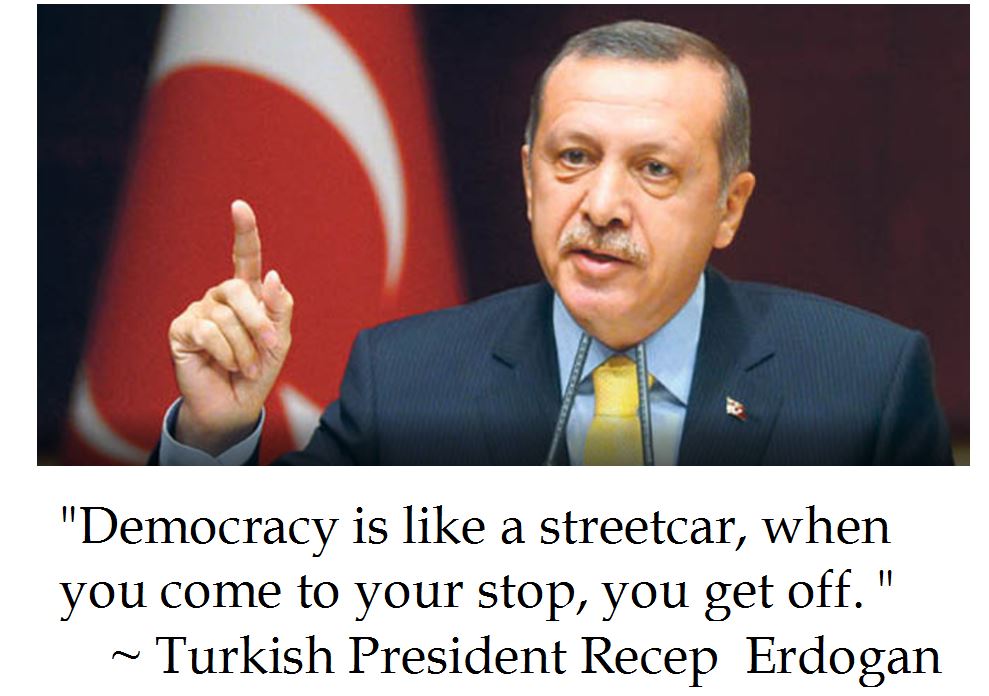 In the Mile High City to speak before WorldDenver, the exiled journalist also spoke with members of our editorial board.

A primary Bilici goal these days is to raise awareness of Erdogan’s authoritarian adventurism that has jailed journalists, judges, intellectuals and security forces, fired tens of thousands more, shuttered two hundred news organizations and generally made a mess of things in a country that only a few years ago served as a model free-market democracy for the region.

You don’t often meet people like Abdulhamit Bilici in the United States. You almost can’t believe that someone with his backstory sits before you.

Imagine. Last March, after conflating any critics of the administration with perpetrators of terrorism, the Turkish government took over Zaman. While Bilici and fellow journalists were hard at work in the newsroom on a Friday afternoon, storm troopers toting serious weapons surrounded the building. When crowds gathered to protest, police hit them with water cannons and tear gas.

Police entered to replace serious journalists and executives with government-controlled mouthpieces. Bilici found himself forced out of his own newsroom by government thugs.

Wonderfully, the editor had the presence of mind to tell a news agency covering his ejection: “I believe that free media will continue even if we have to write on the walls. I don’t think it is possible to silence media in the digital age.”

Such optimism faded in the days that followed. Threats accumulated. The expert on Turkish politics feared for his safety and that of his family. Unsure his passport would be honored, Bilici bought a ticket to Europe and slipped into the Instanbul Ataturk Airport at 3 a.m. alone and without baggage.

Soon enough he was in America. His family followed. Here he continues to try to report the news back to his homeland against tall obstacles. His verified Twitter account, for example, is blocked by government demand in Turkey, where he is described as an enemy of the state. (Thanks Twitter!)

In our boardroom, Bilici described the circumstances that brought him to America.

A president elected by a populist surge, who deftly plays to nationalist desire for a return to the glory days of Turkish dominance — of the Ottoman Empire — finds himself enmeshed in shady scandal after members of his inner circle are accused of taking bribes to overlook illegal actions by a foreign country.

A president who works a narrative that too many of the country’s judges, academics, journalists and human rights advocates are part of a corrupt urban elite — indeed part of the opposition — and therefore dangerous to the country’s future.

A president who seeks to amend the constitution to consolidate power — against the will of half the people in his country — and who succeeds in doing so.

One month after Erdogan forces took over the largest news organization in the country as part of his crackdown, a narrow margin of voters agreed to shift executive power from the parliament to the presidency, and to grant presidents three, five-year terms, conceivably allowing Erdogan the high command until 2029.

Now the death penalty may return. Critics are tortured in the jails. A state of emergency means arrests can occur for the most dubious of charges, and no one believes the courts are independent of Erdogan.

Bilici let it all sink in.

In hardly anytime at all, a functioning democracy responsible to the people has been dismantled and replaced by a strongman tyrant whose power depends on dividing the nation into loyalists and enemies.

Should Erdogan win re-election in 2019, his power would only grow.

What happened in Turkey is an extreme result of what happens when populist movements and the opportunist politicians who enthrall them lose sight of what’s important to maintain in their tear-it-all-down zeal. Concepts like democracy and free speech, respect for the institutions that provide checks and balances and the rule of law are too easy to shed while in the throes of raw emotion and anger.

You don’t really think it could happen. And then you meet someone who just lived it first-hand.