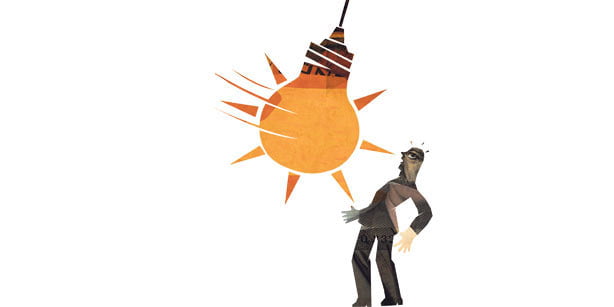 Turkish politics has recently been witnessing an illiberal democracy. Unlike in Western democracies, pluralism, critical journalism, political opposition and the right to peaceful protest all are labeled as the aims of traitors.

As is well-known, Turkey had been suffering from a laicist dictatorship under military regimes for many years. The tragic practices carried out by the military and military-led “civilian” forces during the Feb. 28, 1997 process still cast a shadow over Turkish politics and society.

The social engineering projects that were once carried out by the military elite during the Feb. 28 process are nowadays employed by elected political elites. During the Feb. 28 process, all religious actors were defined as domestic enemies. In contemporary Turkey, the Hizmet movement is described as a “parallel state” and the main enemy for Turkey.

Many observers argued that with the victory of the Justice and Development Party (AK Party) in 2002, Islamist politics had come to an end in a peaceful way. However, as the AK Party started to strengthen its hand through electoral successes and structural and legal reorganizations, such as weakening the military’s role in politics, the ideology of political Islam started to resurge again.

It could be said that the Gezi Park protests and the government’s stance during this process made it crystal clear that indeed the AK Party has not abandoned political Islam. The nationalist and religion-oriented rhetoric adopted by the government, along with its statist approach, show that the government uses religion to justify its actions and to make its arguments more appealing to the masses. In other words, we can say that the government, through placing religious discourse at the center of its political terminology, has tried to abuse the religious sensitivities of the masses with the aim of gaining the hearts and minds of large sectors of society.

Political Islam simply means the use of religion for political purposes. Political Islam not only harms Islam but also undermines democracy. What we witness in today’s Turkey is how the reluctant coupling of political Islam and democracy weakens rule of law and paralyzes the notion of separation of powers. In parallel to that, the corruption and graft probe and the voice recordings allegedly showing how illegal and illegitimate means have been employed in public tenders along with serious blows to media freedom and an independent judiciary have turned the image of Turkey into that of almost an underdeveloped state in the eyes of European observers.

In a democratic regime, the political elite is supposed to be bound by a democratically-drafted constitution and laws, as well as democratic norms and principles. They should pay attention to the protection of civil liberties, human rights and the rule of law in addition to allowing a free and independent media and autonomy for universities.

Frankly speaking, despite the 99 percent Muslim population, citizens will not take into consideration the so-called piety of the political elite before voting in the upcoming local elections. If you ask why, I can say this: The bankruptcy of the rule of law in Turkey after Dec. 17, 2013 has been accompanied by a drop in the legitimacy of the political elite as well. And in this process, the politicization of Islam through the use of religious themes and terms in political propaganda seems to have irritated the masses.

Since the mid-1960s, the Hizmet movement has been the sole actor representing civil Islam in Turkey, and for over a decade the Hizmet movement has gained a worldwide reputation for its educational and interfaith dialogue activities. The masses have enough intellect to notice how civil Islam serves democracy whereas political Islam undermines democracy.

Real democrats can neither politicize Islam nor challenge civil Islam. Unfortunately, the Turkish political landscape has not seen such a political elite, except with Turgut Özal.