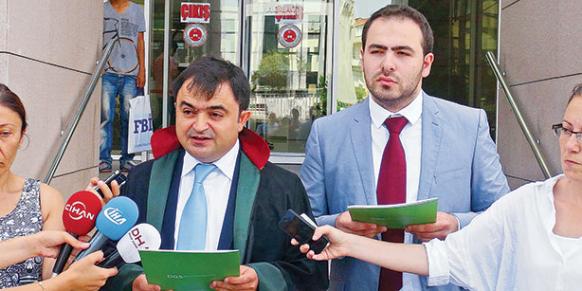 Lawyers representing Islamic scholar Fethullah Gülen have filed a complaint against two İstanbul prosecutors who are conducting an investigation into their client, accusing them of violating procedural rules in the manner the probe is being conducted.

The prosecutors have also lied on many occasions in writing, according to Gülen’s lawyers, who say that the prosecutors who launched an inquiry into Gülen eight months ago have found that the inquiry has not been registered on Turkey’s online judicial system UYAP.

The lawyers have filed a petition against Fuzuli Aydoğlu, a prosecutor at the İstanbul Prosecutor’s Office Organized Crime Bureau, and Deputy Chief Prosecutor Faruk Erşen Yılmaz with the Supreme Board of Judges and Prosecutors (HSYK), for violating procedural conduct.

It also emerged as a result of the lawyers’ petition that an inquiry had been launched into Gülen on Dec. 13, four days before Dec. 17, when a massive corruption investigation into the Justice and Development Party (AK Party) became public. The AK Party has responded to the graft allegations by removing police officers and members of the judiciary from their current positions and reappointing them into less influential positions or expelling them completely where they can. Prime Minister Recep Tayyip Erdoğan claims that a parallel structure affiliated with the Hİzmet movement, inspired by Pennsylvania-based scholar Gülen, is behind the corruption probe, although he has produced no proof to support this claim. Several businessmen close to the government as well as the sons of three ministers were detained in the investigation on Dec. 17. However, the probe has stalled after the government took the prosecutors conducting it off the case in response to the allegations leveled against it.

In addition to the two prosecutors who violated procedural rules when they launched an investigation into Gülen, the scholar’s lawyers also filed a complaint against Latif Erdoğan and Ahmet Keleş — two individuals who testified as witnesses against their client. The lawyers accuse them of perjury and slander.

The lawyers have also established that a separate investigation — based on false press reports — had been launched into Gülen. There have been earlier reports of a plot against the Hizmet movement, which the government has publicly vowed to “destroy.” The government has since been harassing all institutions it believes are sympathetic to the movement through methods such as shutting down dormitories or removing the signboards of educational institutions.

Fikret Duran, a lawyer for Gülen, said the irregularities in the investigation against his client are evident. In his petition, he demanded that the HSYK give the appropriate punishment to the prosecutors.

Duran said earlier that the Chief Prosecutor’s Office responded to an inquiry by Gülen’s lawyers as to whether or not there are any ongoing investigations about their client. Prosecutor Erşen Yılmaz in writing stated, “No investigation file has been found.” However, pro-government media reported shortly after this incident that an investigation was in fact in place, citing a case number. This time, the lawyers were able to acquire a copy of the documents pertaining to the investigation. They found that the correspondence they had with the prosecutor — including his response saying there were no formal inquiries into Gülen — also existed among these documents. “This indicates that the chief prosecutor has provided us with untruthful information, in spite of the fact that he was in the know about the investigation into our client.” Duran also said that the file had not been recorded in UYAP, another violation indicating a clear attempt to hide the fact that an investigation had been launched.

* Mehmet Kalyoncu Both the Gülen movement (aka Hizmet movement) and the ruling Justice and Development Party (AK Party) seem to believe that military operations alone cannot solve Turkey’s terrorism problem. Because of this shared understanding, the movement’s civil society organizations and government agencies have been working hand-in-hand in the Southeast to revive the region […]

WikiLeaks has released a tranche of more than 57,000 personal emails from the account of Turkey’s Minister of Oil Berat Albayrak, President Erdogan’s son-in-law. WikiLeaks alleges that the emails reveal ‘Albayrak’s involvement in organisations such as Powertrans, the company implicated in Isis oil imports’. The company has been implicated in oil imports from ISIS-controlled oil fields.

Andrew Duff, a Liberal Democrat member of the European Parliament, also accused the prime minister, whom he said was “clearly elected democratically,” of not ruling democratically. Duff said the aggravated language that exposes serious rifts between the AK Party and the Gülen movement risks destabilizing Turkey.