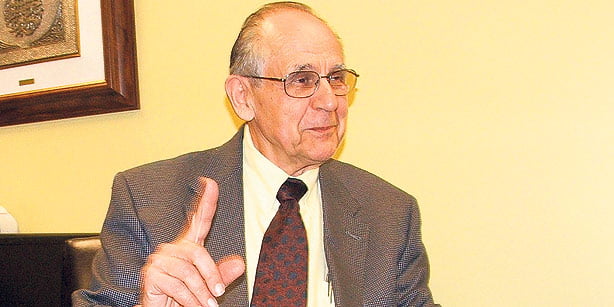 “What we call the beginning is often the end.

And to make an end is to make a beginning.

The end is where we start from.” =

Over the past several years, a high interest in civil society movements has prompted many scholars to undertake full-time research on the ideas and beliefs that inspire civic engagement across the globe. Few of these studies, however, were carried out by theologians or clergy people involved in inter-religious dialogue, cooperation, and learning. Even less have attempted to explore the religious philosophy of their counterparts in depth and try to put their ideas in larger contexts. One of such efforts resulted in a great publication by an author, who has dedicated his life to the interfaith work and is still working to “encourage dialogue and understanding with the Muslim community.” Walter Wagner’s book, Beginnings and Endings: Fethullah Gulen’s Vision for Today’s World, focuses on the ideas and thinking of Fethullah Gulen, “one of the most important Muslim leaders in the world” (p. ix). Wagner argues that Gulen’s views on the beginning and ending of creation defines Gulen’s vision for a contemporary world. The author suggests that the book may offer a starting point to help the reader explore Fethullah Gulen’s deep philosophical vision of the meaning of human life.

Despite Wagner’s humble self-evaluation, the book, as this review reveals, is groundbreaking in many ways and is certainly a great contribution to a growing literature on the Gulen movement – a transnational group inspired by Gulen’s teachings (Hunt and Aslandogan 2006, Carroll 2007, Ergene 2007, Kalyoncu 2008, Ebaugh 2010, Harrington 2011). Primarily, the book presents an unprecedentedly deep analysis of the ideas that bring so many people together nowadays. Second, it reveals for the English-speaking audience Gulen’s unique understanding of the Divine Plan for all of creation. Moreover, the book provides rare insights into popular perceptions about justice, equity, and peaceful world. In contrast to the widespread thesis of a clash of civilizations, Gulen, in Wagner’s view, presents a source of hope. This hope has proved to have a power to mobilize people around the globe and reserve their long-term commitment to end ignorance and poverty around the world.

In a more critical spirit than was formerly possible, Wagner delves into the spiritual world of Fethullah Gulen. His book provides a unifying and a theological perspective to earlier works by carrying an in depth analysis of Gulen’s vision of “the worlds endings and beginning.” Wagner takes enormous care in developing his analysis over the span of five rich chapters, embellished with a refined prologue, and an epilogue. In the beginning Wagner lays the foundation for the analysis to be discussed in later chapters. He points out the importance of notions of “camia” (gathering) and “hosgoru” (tolerance). For Wagner, these concepts are foundational factors in the manifestation and fulfillment of Gulen’s vision for today’s world. He sees them as integral aspects of what is popularly known as the “Gulen Movement.” Beginning of the book with the Qur’anic passage and relating its interpretation with Gulen’s vision for the present world stands out alone as a unique approach to understand Gulen’s philosophy.

In the first chapter the author invites the reader to an introductory meeting with Gulen’s thoughts, actions, and services. Wagner shares a personal story about his first encounter with Gulen and Gulen’s works. According to the author, one should certainly get acquainted with Gulen’s background and written work in order to understand the broader philosophy behind the movement. Once the main concepts and frameworks are located, in the second chapter Wagner goes on to analyze a Sunni position concerning the creation and termination of the world. Wagner makes particular emphasis on similarities and differences in people’s understanding of an “end.” Chapter two as a whole informs chapters three and four of the book, where Wagner continues to explore the notions of beginning and the end.Chapter three, in particular, delves further into Gulen’s vision of the present world’s beginning. Whereas in chapter four, Wagner turns to Gulen’s vision of the end in the sense of “fulfillment in the present world as just and peaceful.” In chapter five, Wagner focuses on Gulen’s Islamic vision as feasible and constructive way to develop a just, prosperous and peaceful world. Ultimately, in his final remarks Wagner notes that the vision Gulen has for the present world is a “profound and fruitful Islamically-based reading of the three books revealed by God” [the Book of the Universe, the Qur’an, and Humanity] (p.180). He closes with an excerpt from the Qur’an, the same one that opened the book at the very beginning.

Wagner’s work deserves a credit not only for making some of Gulen’s ideas available to an English speaking audience, but also for being one of the early works to lay a solid foundation for further studies on the Gulen philosophy and values that it was built upon. More importantly, this study advances our knowledge of Islamic philosophy and highlights opportunities for improved human understanding. Reading Wagner’s guide to Gulen’s thinking, one may see that the dialogue between people with vastly different worldviews is vital in today’s world. The Gulen philosophy, rooted in moderate Islam, embraces educating youth, fostering interfaith and intercultural dialogue, assisting the needy in society, and contributing to the global peace.

These marginal points, however, fade in light of this study’s contribution. Wagner provides one of the most compelling explanatory frameworks to date for examining Gulen’s vision supported by a convincing narrative that sets the bar high for future works on the subject. While a more global academic exchange would be very welcome, scholars interested in understanding Fethullah Gulen and the Gulen Movement today should read this book. It certainly deserves to become a must-read text in cross-cultural studies.