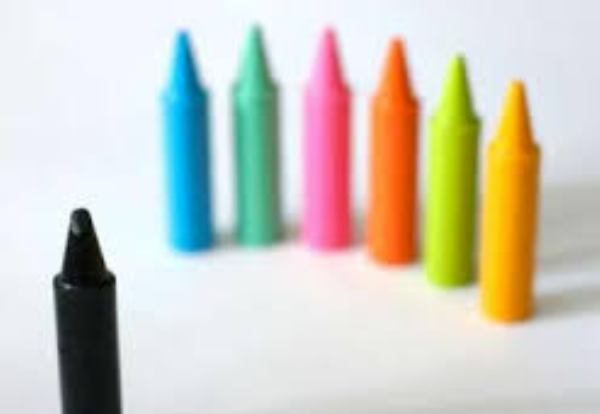 “Discrimination is a crime according to the Constitution and international agreements,” Tahir Elçi, head of the Diyarbakır Bar Association, told Today’s Zaman on Thursday.

The Taraf daily published a document on Wednesday as evidence of the government’s policy of hiring public sector employees using “color lists” to avoid employing applicants affiliated with groups such as the Hizmet movement and supporters of the main opposition Republican People’s Party (CHP).

“Documents with information regarding candidates for the post of tax auditor that were maintained on bureaucrats’ computers at the Turkish Tax Inspection Board [VDKB], have been obtained by Taraf and confirm the existence of profiling based on color lists,” the daily said. The publication came in response to a denial of such a practice by Interior Minister Efkan Ala, following a previous report by the newspaper published on Monday.

According to Zafer Üskül, a former deputy of the ruling Justice and Development Party (AK Party) and a professor of constitutional law, it is clearly against the Constitution to discriminate against citizens based on their religious or political beliefs or their ethnic identity.

Public sector employees are hired following a two-stage process. In the first stage, candidates sit for the Public Personnel Selection Examination (KPSS) and those who pass are invited to attend an oral examination. The Taraf report amply demonstrates that those who are not considered preferred are eliminated in the second stage.

The document Taraf claims to have features evaluation notes about tax auditor candidates who sat for an entrance exam for the VDKB, part of the Ministry of Finance, in late 2013. The daily claims that the document, a one-page print out, profiles candidates by sorting them onto either a “blue list” or a “red list.”

The report indicated that the candidates were categorized with notations such as “registered in Diyarbakır,” a mainly Kurdish province, or “Father’s name is Ali Haydar,” apparently based on the assumption that the candidate is Alevi — Alevism being considered an unorthodox Muslim sect by some.

The “blue lists,” according to Taraf, were for approved candidates. This list consisted of candidates closely affiliated with the ruling Justice and Development Party (AK Party) and those who were affiliated with the National Youth Foundation (MGV), an Islamic charity organization that organized youth activities and provided academic scholarships to students that was closed in the aftermath of the Feb. 28, 1997 coup due to concerns about rising religious fundamentalism.

The Taraf daily reported that “While those candidates who are members of the İlim Yayma Cemiyeti [a religious association with possibly close ties to the ruling party] are put on the blue list in the document, those who are maintained to be nationalist, Alevi or Kurdish are accorded the red color.”

No response to allegations but ministry slams newspapers

The Finance Ministry, which is at the center of allegations of using these “color lists,” declined to comment on the claims, and instead it described the newspapers that published the news story about extensive profiling of candidates as an “axis of evil.”

A blistering written statement issued by the ministry on Wednesday blasted a number of newspapers — Zaman, Bugün and Taraf – claiming that the dailies are administered from one center and have formed an alliance to produce and spread false news.

“The axis of evil made itself visible,” the statement said, claiming that the evidence shown in the Taraf daily report was fabricated and produced by those who reported the story of profiling at the ministry.

Taraf also said that some candidates who sat for the entrance exams have obtained the profiling data and are preparing to file a lawsuit against top officials in the Ministry of Finance.

The report provided details of some of the candidate evaluations, allegedly kept hidden on the computers of a very limited number of top bureaucrats in the ministry:

“Ö.G.: Got 86 points on the written exam. Of Kurdish origin and from Muş [province]. Definitely negative [opinion]. Was put on the red list.

Analysts agree that recruitment by such lists is a case of obvious discrimination.

Elçi, with the Diyarbakır Bar Association, said: “When we look at the profiling [done by the ministry], we see that discrimination is there. This is a crime according to the Constitution, the European Convention on Human Rights and other international agreements Turkey has signed. This profiling indicates that the equality of people before the law was violated. We were already aware of this discrimination and now the report has just made it known openly.”

İsmail Koncuk, president of the Turkish Public Workers’ Labor Union (Kamu-Sen), said “Profiling of people is done in totalitarian regimes where there is no democracy, no human rights.”

Mustafa Selmanpakoğlu, the head of the Pir Sultan Abdal Foundation, noted: “In the past, Alevis were to be eliminated through the edicts of Ottoman sultans, by fatwas from shaykhs al-islam. During the past 12 years of AK Party rule, threats against Alevis and Alevism have increased. Discrimination became tougher. According to a MİT [National Intelligence Organization] document from 2010 that became public, Alevism is categorized as a terrorist organization.”

Kadri Gürsel Yesterday, in the column I talked about the 12.000 “ashuras” in Chicago by the supporters of the Gulen Movement. Ashura, called Noah’s Pudding in English, is said to represent “living together in peace”. Chickpeas, bean, wheat, and some dried fruits are among the ingredients of Ashura that creates a mixed taste. But while […]