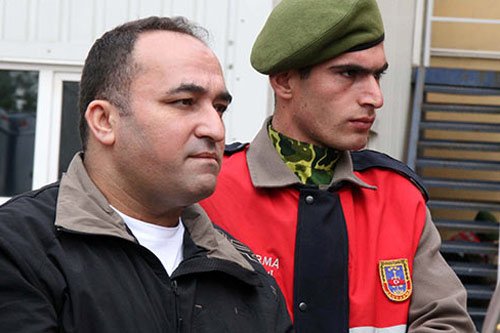 Ergun Poyraz, defendant detainee of Ergenekon Trial, was fined for violating the rights of Fethullah Gulen, in his book “The Imam in America”. With the lawsuit that is filed by Orhan Erdemli, Gulen’s lawyer, Poyraz Publishing and Bizim Avrasya Publishing were sentenced to a total of 5 thousand Turkish Liras compensation.

In Ergun Poyraz’s book “The Imam in America”, unfounded allegations are introduced in order to create public hatred against Gulen. Poyraz accuses Gulen for being a US secret agent and supporter of Abdullah Ocalan (leader of PKK terrorist organization). He mocks Gulen by using “F-Type” expression (a type of prison built in letter ‘F’ shape in Turkey) in many places when he refers to him. Despite Gulen’s numerous remarks stating “A terrorist cannot be a Muslim and a Muslim cannot be a terrorist”, Poyraz accuses Gulen for praising the terrorist groups by which Gulen has been threatened because of his condemnations of them.

Gulen is defamed in many places in the book in order to avert respect for Gulen. Poyraz includes the remarks of Nurettin Veren, who claims to be Gulen’s friend for 35 years and sentenced to 4 years imprisonment on charges of slandering Gulen. Moreover, he relates Gulen’s date of birth with Ataturk’s (Founder of Turkish Republic) date of death and tries to create an image of Gulen being antagonistic to Ataturk. Poyraz makes a lot of offensive, humiliating and unfounded allegations about Gulen’s personality, thoughts, beliefs, his family and his professional life. Moreover, he makes false claims about Gulen for being “Armenian”, “CIA agent”, “Bahai” and “Mason”. For instance, Poyraz includes in his book, the remarks of Semih Tufan Gulaltay, another detainee of Ergenekon Trial, and claims that Gulen is not a Muslim, instead he is a Bahai. He is trying to create doubts about Gulen’s faith in public opinion.

Disclaimer: The original news is in Turkish. Slight deviations from the original meaning may have occurred due to the difficulties in translating phrases and idioms. HizmetNews volunteers translated the article.