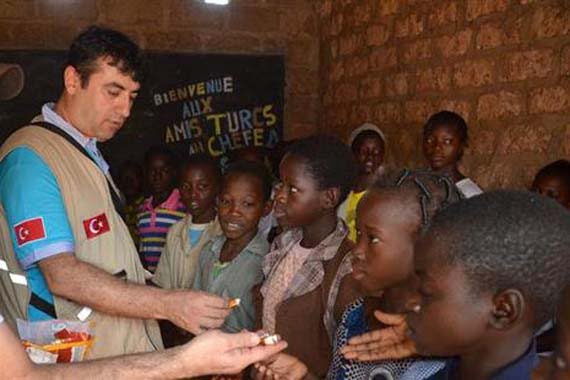 Meanwhile, the Kimse Yok Mu Foundation has facilitated the arrival of 250 humanitarians from eight different countries to celebrate the Feast of Sacrifice holiday with the people of Burkina Faso, mid-west Africa's forgotten country.

Dozens of NGO’s are sacrificing animals in Mogadishu through donations.

Meanwhile, the Kimse Yok Mu Foundation has facilitated the arrival of 250 humanitarians from eight different countries to celebrate the Feast of Sacrifice holiday with the people of Burkina Faso, mid-west Africa’s forgotten country.

One village’s imam stated, “It has been years since I have seen sacrificial meet. With this sacrifice my family’s bellies are filled with meet for the first time in four years.” When the imam asked God to bless those who provided the charity, the humanitarian volunteers were brought to tears.

The rough construction of the 40-bed Harari Hospital is finished, but the final outfitting of the facility is still under way. Hospital officials stated that they hope to be ready to open very soon. The hospital was built with funding provided through donations, and charitable contributions will also be the source of its ongoing support. A total of 50 medical healthcare personnel from both Turkey and Ethiopia will serve the people in the Turkish hospital.