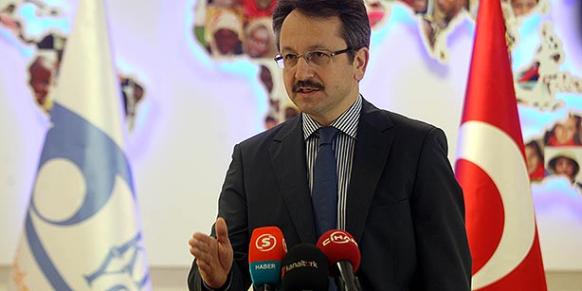 Speaking with Today’s Zaman, Cingöz welcomed the court decision, saying it is good to see that the judicial system is still functioning in Turkey. Drawing attention to the unanimity of the decision, Cingöz said the court verdict shows there is nothing wrong with the functioning of Kimse Yok Mu.

The organization’s bank accounts — which were frozen following an order from the İstanbul Governor’s Office — are expected to be unblocked. Cingöz also said he had spoken to the three largest cellphone network operators in Turkey and says they will once again make available the option to donate to Kimse Yok Mu campaigns via SMS.

The embassies of the countries where Kimse Yok Mu organizes charitable works, the United States, European Union delegations and other diplomatic missions all wanted to be informed about the legal developments during the smear campaign against the charity, Cingöz said. He added that although it has been inspected by three different groups of inspectors since last year who spent monthssearching through their documents, the charity has not been fined for engagement in illegal activities or the misuse of funds.

Kimse Yok Mu will apply to all domestic and international courts to defend its rights and will file complaints against Interior Minister Efkan Ala, officials from the Interior Ministry, the İstanbul Governor’s Office and media figures who violated the law during the smear campaign against the charity, Cingöz added.

The 10th Chamber of the Council of State announced on Tuesday its decision regarding an appeal by the charity against the decision by the Cabinet in October that removed Kimse Yok Mu’s right to collect donations, saying the decision is against the law.

According to the Council of State, Kimse Yok Mu does not have any deficiency which should result in the removal of its public interest status. Indicating that the Cabinet argued the charity was involved in irregularities through the collection of donations when justifying its decision, the court said it found no irregularity that should cause the charity to lose its status as an organization that exhibits “accountability, transparency, institutionalization and reliability.”

Kimse Yok Mu is active in 113 countries around the world. The charity distributes food, constructs hospitals, schools and orphanages, and digs wells, among other activities, to extend a helping hand to those in need. The Council of State’s decision effectively allows the charity to continue the flow of aid to many areas both in Turkey and abroad, including to Gaza.

Kimse Yok Mu is Turkey’s only aid organization that holds UN Economic and Social Council (ECOSOC) “special consultative status.” It developed internationally recognized relief programs in partnership with the UN Human Rights Council (UNHCR) in 2013 and was also granted the Turkish Parliament’s Outstanding Service Award in 2013, with the approval of the Justice and Development Party (AK Party) administration.

However, the organization had many of its rights as a charity revoked by the ruling AK Party since a major corruption scandal was brought to public attention in December 2013, due to the charity’s affiliation with the Hizmet movement. President Recep Tayyip Erdoğan holds the Hizmet movement — a grassroots social initiative known for its educational and cultural programs — responsible for the corruption investigations, which implicated some of his inner circle and family members.