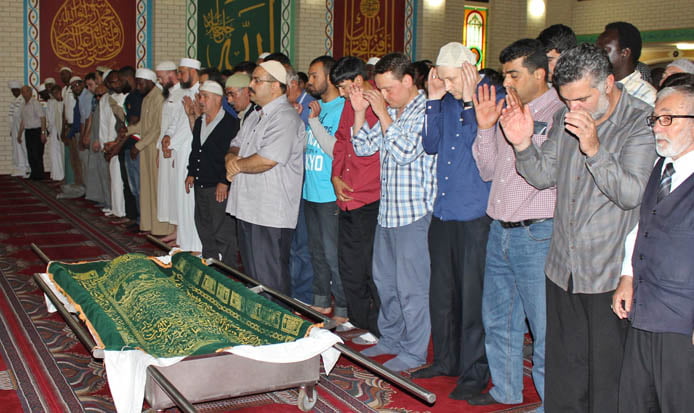 Sezer Morkoç (43), a chemistry teacher at a Turkish school in Australia, died of cancer.

Sezer Morkoç (43), a chemistry teacher at a Turkish school in Australia, died of cancer on Monday and was buried in Adelaide.

Morkoç graduated from the chemistry department of Middle East Technical University (ODTÜ), one of the most prestigious universities in Turkey. He and his family moved to Australia in 2001. He had been teaching at Burc College, a private school founded by Turkish entrepreneurs in Adelaide.

His funeral, which was held at Al-Khalil Mosque in Adelaide, was attended by his parents, who came from Turkey; his wife and two children; his colleagues from school; and a number of students and parents from a variety of nationalities, including Arab, Afghan, Uzbek, Uyghur, Azeri, Lebanese, Ghanaian, Iraqi and Pakistani.

His father, Öztürk Morkoç, said his son had once taken him to the cemetery of Al-Khalil Mosque and told him he wanted to be buried there. “My grief is eased when I remember that my son was a good man and that he worked for the [faith-based] Hizmet movement,” he said.

His colleagues at the funeral spoke about Morkoç, saying he was a dedicated employee of the school from the beginning of its service, even working in construction, bookkeeping and many other tasks for the school. One of his friends in the school, Burc College general coordinator Ahmet Yamakoğlu, stated at the funeral that he was a man who trusted deeply in God. “In the 13 months of cancer treatment he went through, he was always patient. He used to say: ‘What is cancer? It cannot stop a man who trusts in God.’ He did not even stop working during treatment,” Yamakoğlu said.