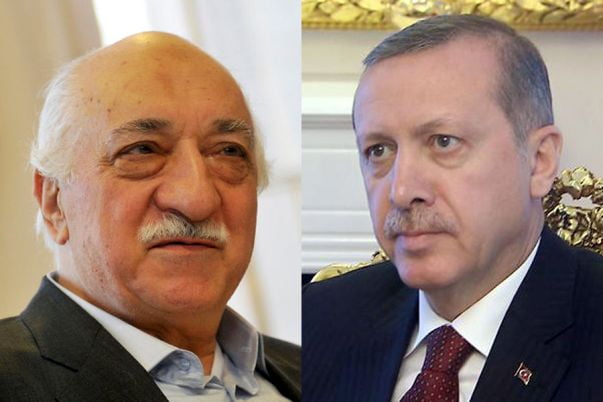 Unlike classical Islamists, Gulen distanced himself from politics, and focused on grassroots social activism, most importantly education (Reuters)

It would not be an exaggeration if we stated that Turkey’s Justice and Development Party’s (AKP) reign in power is the most important political experiment in the post-Ottoman Muslim World. As well, the Turkish reformist “Hizmet” movement, with its successes and expansion locally and globally, can be said to be one of the most important civic movements in contemporary Muslim history.

Interestingly, these two wings were rising hand-in-hand in Turkey since 2002, despite having operated independently in the 1980s and 1990s. The harmony between a political party, operating through the Turkish state’s centralized top-bottom apparatus, and a social grassroots movement, operating within Turkey’s diverse social landscape, was quite unique given the long history of state-oppression experienced by social movements in modern Turkey. It was this harmony that created the “New Turkey,” whose presence was felt throughout the world, from education to foreign policy.

In the past few years, however, the AKP-Hizmet harmony was starting to get disrupted, until last December when their differences became outspoken and transformed into a clear-cut political conflict.

So what went wrong? Is Erdogan becoming autocratic due to lack of serious political rivals, as his critics say? Or is the Hizmet movement expanding within the Turkish state and undermining the AKP government?

Roots of AKP and Hizmet

Hizmet is a horizontal social movement; it shares with all civic movements their disdain towards a strong centralized authority. The preferable model for it is the Ottoman model, where the central state is weak, while the rest is left to a strong society

Turkey’s AKP and Hizmet are rooted, like many of their counterparts in the Muslim world, in the Muslim social and political movements that emerged as a response to either colonialism or authoritarian secularism in the late 19th and early 20th centuries.

The AKP is a direct descendant of Erbakan’s clearly Islamic Fazilet and Refah parties (FP, RP) and their short lived political experiment which was brought to an end by the soft military coup in 1997. The Hizmet, on the other hand, emerged as a result of a collection of social initiatives that were inspired by Fethullah Gulen, Turkey’s then most famous preacher in the 1970s and 1980s.

The AKP’s rise started with its election in 2002, leading to ten years of an economic boom and political liberalization and democratization that marginalized the army, decentralized the Turkish state, and put the AKP at the center of Turkey’s state institutions, being its ultimate ruler without any clear alternative from the opposition.

Hizmet, however, expanded much earlier, with its golden age in the 1990s, which witnessed the establishment of schools, hospitals, a news agency, newspapers, TV channels, and a bank, in addition to schools in more than 50 countries worldwide, especially the ex-soviet Turkic countries of Central Asia and the Balkans.

Unlike Turkey’s classical Islamic activists, Gulen always distanced himself from politics, and like Said Nursi, his main source of inspiration, his message was focused on grassroots social activism, most importantly an education combining both Islam and modern science. Hizmet’s main goal was social: raising a new “golden” generation fusing moderate Muslim and Modern ethics to become the backbone of Turkey’s society and bureaucracy and its messengers to the world. The AKP’s main goal was political — like most classical Islamic movements: to reach the top of the political pyramid, changing the state as much as possible to reflect the culture of the majority, while offering good political and economic governance.

There were thus clear differences between the structure and mode of operation of both of them from the beginning, but they went unnoticed by many due to the harmony they established for ten years, and the common enemy they had in Turkey’s secular elite. Once the old secular elite became weak enough to pose any danger for any of them, it was natural that those differences start to surface.

The Party and the Movement

The focus these days is on the differences between AKP and Hizmet on certain policies, especially sensitive topics like the Kurdish Question, the relations with Israel, and the Syrian revolution. However, the main source of dispute between AKP and Hizmet is much deeper than mere short-term policies, it has a lot to do with the long-term shaping of the “New Turkey.”

Hizmet is a horizontal social movement; it shares with all the civic social movements their disdain towards a strong authority and a centralized state. The preferable model for it is the Ottoman model, where the center is weak, carrying out the least amount of responsibility inevitable for a state to carry out, like defense and foreign policy, while the rest is left to a strong society. Beside this, the movement enjoys a powerful network of judiciary and police members, media, and business that allow it to wield a lot of lobbying power.

In contrast, AKP is a vertical structure like all political parties around the world. Its shape is carved by its need to rule the state. However, what makes it different is the fact that it was bent on changing the state structure at a critical point in Turkey’s history, rather than letting itself be shaped by the state. In addition, the party greatly contributed to decentralizing the state and empowering local politics, not to mention that it represents a wide conservative social segment.

Throughout the phase during which the AKP was unraveling the old secular state to transform it into a new state, Hizmet was more than happy, yet, once the new state started to emerge, a clash took place pertaining to its exact shape and form.

A weak executive and a parliamentary system where the government can be pressured at any time to resign is thus preferable by Hizmet, which owns now the country’s most circulated newspaper and multiple TV and radio channels; on the other hand, the AKP is looking forward to a new Republic with a strong stable executive characterized by enhanced presidential powers, given its unrivaled political credentials and popularity.

With this dispute taking place, the clash escalated and became public in December 2013, when the corruption probe put the government under pressure to resign, and Erdogan’s strained relations with Gulen and Hizmet were overtly expressed. Attacking the “deep state” supposedly built by Gulen within Turkey’s state is a subject of many of Erdogan’s speeches now, while Erdogan’s authoritarianism is becoming the main focus of the critique aimed at the government by most of Hizmet’s media outlets.

The Inevitable Clash: for Good?

AKP is more short-sighted in its actions today, and Erdogan is clearly becoming ill-tempered under pressure, especially against him as a person, whereas Hizmet, whose conservative pragmatism is now clear, seems much smarter in how it is managing the clash

No one knows how the clash will end. The AKP has been boosted by the results of the local elections, and it will remain in power for a long time given the lack of alternatives, but it is obvious now that a presidential system will not take place owing to lack of consensus. Given that Erdogan cannot be a PM for a fourth term, the only prospect for him is to become president with nominal powers. This has raised concern that he will be de facto ruling through a puppet PM, something that would undermine the democratic nature of Turkey’s system.

The leaders of Hizmet know that the AKP is not replaceable now, and the pressure exerted has focused more on Erdogan as a figure, claiming he has become recently autocratic and should resign, rather than on the party itself. Marginalizing Erdogan to allow for more flexible and democratic leaders from the AKP is what Hizmet may be looking forward to. President Abdullah Gul, who always showed a softer stance than Erdogan on many issues, is said to be the only alternative to him.

Erdogan will leave sooner or later, and the New Turkey will not depend on one person. AKP has no alternatives right now for Erdogan, and putting all its eggs in his basket was a mistake from the start. Erdogan himself should have paid attention to this, as any democratic leader around the world today nurtures new leaders within his party as heirs to his legacy, regardless how long he intends to stay in power.

In general, the clash is not necessarily something bad, since it sheds the light on Hizmet’s indirect political role, and tests the AKP’s commitment to democracy. It is good for the Turkish public, and the whole Muslim world, to know the problems that both suffer from, since nothing is absolutely perfect.

Yet, it has to be said that the AKP is more short-sighted in its actions today, and that Erdogan is clearly becoming ill-tempered under pressure, especially pressure against him as a person, whereas Hizmet, whose conservative pragmatism is now clear, seems much smarter in how it is managing the clash.

Hopefully, this clash will be constructive, leading to a new phase within the AKP that is more aware of its past mistakes and a Hizmet movement that continues with its success in Turkey and worldwide while knowing that its covert political actions will never remain concealed from the public for long. If it turns out to be destructive, with the AKP harming the movement within Turkey using the state and losing its legitimacy in front of the public, nothing will be harmed more than Turkey’s society and economy.

Mehmet Ali Birand  June/16/2012 Prime Minister Recep Tayyip Erdoğan has invited Fetullah Gülen “Hodja,” who has been living in the United States for years, back to the country. He said, “this longing should come to an end.” In particular, the timing of the speech at the closing of the “Turkish Olympics” was a nice, well-thought-through […]