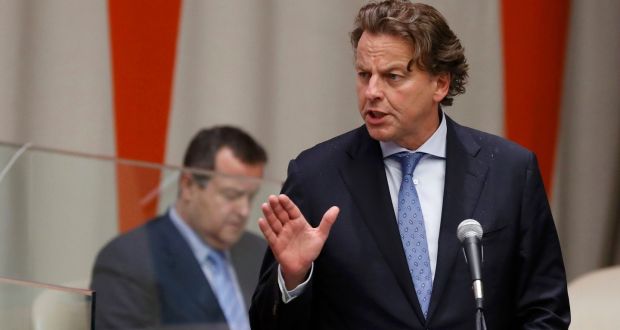 Dutch foreign minister Bert Koenders: “The Netherlands deals with Dutch society and that has nothing to do with the Turkish government.” Photograph: Lucas Jackson/Reuters

There’s no hiding the growing tensions between the government of President Recep Tayyip Erdogan and European countries with large Turkish communities, as the fallout from July’s failed coup reveals bitter divisions inside the Turkish diaspora – right down, most depressingly, to the classroom.

During the summer, Germany, Austria, Belgium and the Netherlands all struggled to prevent pro-Erdogan protests degenerating into violence against followers of Fethullah Gülen, the US-based Islamic preacher who denies he was behind the uprising in which some 300 people were killed.

The efforts to prevent violence were not always successful. In Germany, a youth centre with links to Gülen was attacked by about 150 Erdogan supporters, while a journalist who had criticised the president was grabbed and almost lynched outside the Turkish consulate in Hamburg.

In Belgium, a building used by the Gülen movement was vandalised and sprayed with graffiti two nights in a row. Only a human chain of 15 Turkish women determined to keep the two sides apart stopped it being burned down and those inside hurt.

In the Dutch city of Rotterdam, a cultural centre run by the Nida Foundation, which is affiliated to Gülen, was stoned, while in Zaandam a similar organisation was targeted by a gang of about 20 young men, who smashed the windows and chanted pro-Erdogan slogans.

It wasn’t always like this. About 400,000 Turkish citizens live in the Netherlands and while they’re typically close-knit like many other ethnic communities, they’ve always been held up as a model of successful integration – in contrast to the patchy image of Moroccan youngsters, for instance.

The city with the highest concentration of Turks is Rotterdam, whose high-profile Muslim mayor, Ahmed Aboutaleb, has offered to mediate between the two sides, appealing to community leaders: “Please don’t import this conflict . . .”

But the fire has already been lit. The flames were fanned last month by the Turkish state news agency, Anadolu, which published a list of Dutch companies and organisations, among them schools, cultural institutions and even health centres it said supported Gülen.

The result was predictable. In the immediate aftermath, a total of 588 children were removed from the nine schools named on the list, seven primary schools and two secondary schools.

That means roughly a fifth of all the children at the schools were moved – leaving the future of some of them in jeopardy because they’re funded in line with student numbers.

Most of the children started in other schools this month – but 76 have yet to register elsewhere, according to the national primary school council.

It’s still not clear whether parents moved their children for fear of the consequences of remaining or because they genuinely didn’t know about the alleged Gülen links and disapproved.

A number of teachers also quit, some saying that, in career terms, they didn’t want to be “associated” with the Gülen movement.

What really annoyed the Dutch government, however, was when the Turkish consul general sent a letter to local authorities in the Netherlands advising them how to curb public protests opposing the government in Ankara.

That brought a coldly dismissive response from foreign minister, Bert Koenders: “The Netherlands deals with Dutch society and that has nothing to do with the Turkish government.”

Koenders is right, of course. The reality though is that Turks in Europe have strong links with home, and those connections can fuel passions, like it or not.

“What happened in Turkey this summer is cutting through families and dividing friends,” says Cyriel Triesscheijn, director of the anti-discrimination watchdog, Radar.

“People who’ve played football together for years and called each other ‘brother’ no longer want to be seen together. One doctor has even lost patients because he’s on ‘the wrong list’.”

Ominously, the school safety board has warned teachers to be on the lookout for problems in the classroom.

“This has certainly had an impact on children,” it says. “Teachers must stop children getting into discussions in Turkish . . . in case it leads to fighting.”

There perhaps, in the end, is the real test for Europe’s governments: to teach those children that while passions may be inflamed by old divides “at home”, there are, here and now, better more-inclusive ways of doing politics.