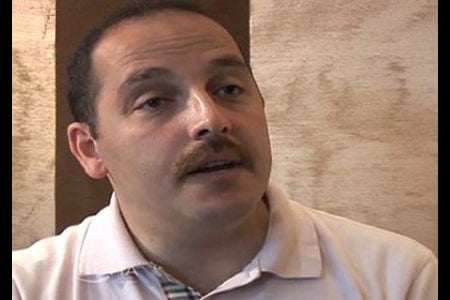 Because of this shared understanding, the movement’s civil society organizations and government agencies have been working hand-in-hand in the Southeast to revive the region socially and economically. However, one should remember that, as the historical record indicates, the movement has been conducting its educational and aid projects in the region since the early 1980s, when the AK Party was not yet even an idea.On the other hand, there are differences between the approaches of the Gülen movement and the AK Party to some of Turkey’s chronic problems. Most notable among these is the headscarf ban, which has traumatized Turkish society time and again over the last few decades. From the very beginning, Fethullah Gülen has made his position clear on the issue by saying that he would choose education if he had to choose between the two and that such an undemocratic ban would be naturally lifted only when true democracy is achieved in Turkey. Therefore, from his perspective, there is no need to confront the secularist establishment and raise social tension. The AK Party government, however, has managed to turn its insistence on lifting the ban overnight into an existential threat to itself by meddling with the issue. For this very reason, the Gülen movement may have felt obliged to work closely, at the inspirational level, with the AK Party in order to help it stay away from policies that would eventually revoke the democratic rights already gained.

Finally, there are obligations that may explain the affinity between the Gülen movement and the AK Party. “The worst government is better than the absence of a government,” notes Gülen, “Because the absence of a government would lead to anarchy and insecurity.” So, by this token, the AK Party government (note the difference between the AK Party government and the AK Party) automatically secures the Gülen movement’s basic support, just like other previous governments, even social democrat ones. Moreover, maybe for the Gülen movement and many others in Turkish society, it is not that the AK Party is so likeable, but that the Republican People’s Party (CHP) is so dislikeable. After all, the political record of the CHP and its attitude toward Turkish society for the last couple of years have intimidated even the staunchest secularists, not to mention those center-right majority voters who would not necessarily rule out the possibility of voting for the CHP if it behaved well. So, given the record of the CHP and the fact that it is the only other major party in Parliament, with the exception of the ultra-nationalist Nationalist Movement Party (MHP), it is hardly possible to discern whether the Gülen movement supports the AK Party government, if indeed it does, for the sake of the AK Party, or simply because there is no other viable choice available. If the latter is true, one can expect that in the next elections the Gülen movement would favor a political party that was more dedicated to the rule of law, Turkey’s democratization and EU accession than the AK Party.

* Mehmet Kalyoncu is an international relations analyst and author of the book titled “A Civilian Response to Ethno-Religious Conflict: The Gulen Movement in Southeast Turkey.”

Related article: Gülen and the AK Party: A common quest for democracy or something more? (1)

One of Saudi Arabia’s prominent scholars and academics, Professor Hatim b. Arif al-Awni said that Fethullah Gülen is far from terrorism, extremism and violence.