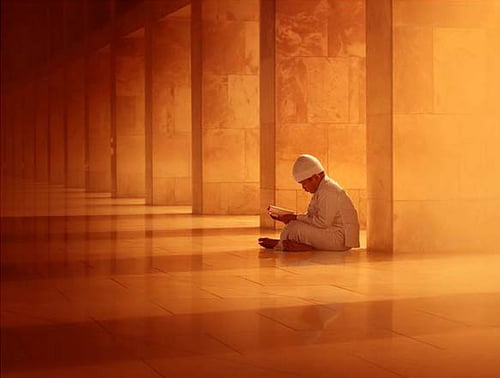 If you are supposed to follow the news as an obligation of your profession, it is almost impossible not to watch CNN. And if you are watching CNN, it is sometimes also impossible not see the simplifications and mischaracterizations of Islam.

In a CNN interview on Monday last week, Reza Aslan, a Muslim American writer, scholar of religion and author of the international bestseller “No god but God: The Origins, Evolution, and Future of Islam” slammed comedian Bill Maher and CNN anchors Don Lemon and Alisyn Camerota for their simplifications of Islam. He also concluded that their rhetoric amounted to bigotry.

The reason for the reaction of Dr. Aslan was actually Maher’s comments that simplistically identified the Islamic State of Iraq and Syria (ISIS) with Islam, which is a religion followed by 1.6 billion people all over the world.

“If vast numbers of Muslims across the world believe, and they do, that humans deserve to die for merely holding a different idea, or drawing a cartoon, or writing a book, or eloping with the wrong person, not only does the Muslim world have something in common with ISIS, it has too much in common with ISIS,” Maher stated on his show.

On Friday, Maher went on suggesting almost the same ideas again, and this time it was internationally acclaimed actor Ben Affleck who slammed him.

Without providing any scientific data, Maher claimed that violence predominates in Muslim societies. Affleck objected to his arguments and even accused him of being “gross and racist,” saying that Maher was trying to caricaturize 1.6 billion people based on the actions of ISIS.

However, the truth, which actually has just been revealed by the Pew Research Center, indicates that the majority of Muslims in many countries find many practices related to violence abhorrent.

But another Pew Research poll indicates that after the rise of ISIS, an increasing share of the American public tends to believe that Islam is more likely than other religions to encourage violence among its believers, reaching a high since 2002. The report reveals that 50 percent say Islam encourages violence more than other religions, up from 43 percent in July and 38 percent in February.

The truth is that the mischaracterization of Islam by the media helps consolidate Islamophobia, which had already increased among Americans.

In his book “Confronting Islamophobia in Educational Practices,” Barry Van Driel describes Islamophobia as “an irrational distrust, fear or rejection of the Muslim religion and those who are (perceived as) Muslims.” He writes that Islamophobia is found in the education spectrum of the United States and states that science and humanities textbooks often carry implicit anti-Islamic messages. He also reminds us that notable Muslim scholars such as Muhammad al-Khwarizmi (one of the founders of algebra) and Jabir al-Hayyan (who influenced the development of chemistry) are conspicuously absent from American school textbooks.

Even though Muslim leaders and scholars have condemned the brutal atrocities of ISIS, the Western media tend not to focus on this significant detail. In ads that appeared in for example The New York Times, The Washington Post, The Wall Street Journal, the Chicago Tribune and the Los Angeles Times, Muslim scholar Fethullah Gülen said the actions of ISIS are a “disgrace to the faith they proclaim and crimes against humanity.” This significant initiative couldn’t find significant space and the voice in the media that it deserved.

After the rise of ISIS, the influence of these negative framings and portrayals of Islam has the potential to increase racism and also some conspiracy theories about the global order.

This mischaracterization of a religion helps to consolidate conspiracy theories suggesting that ISIS is actually being used as a justification to get the approval of public opinion for military operations to attain some geopolitical goals in the Muslim world.

It is very disappointing to see that it is still not the norm for either the news, business or Hollywood to step towards a more accurate portrayal of the religion of Islam. In Hollywood, many Muslim characters are still terrorists, while the news media cover Islam in relation to terror and violence. This very fact actually triggers anti-American and anti-Western sentiments and strikes a chord in Muslim societies.

The question is, do the Western media really want to cover Islam properly or not? If the answer is “yes,” they should focus more on mainstream Muslim scholars.

As Peter Senge has said: “Culture is created through the telling of stories. We tell each other stories, and then later forget that they were stories, they then become our realities.”

Dr. Marcia Hermansen, the Director of the Islamic World Studies Program and a Professor in the Theology Department at the Jesuit Loyola University Chicago, presented a lecture on Hizmet Movement (here after HM) at Indialogue Foundation, New Delhi on 7 March 2012. Dr. Hermansen teaches courses in Islamic Studies and the academic study of religion. […]